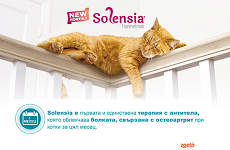 7 month old, male Labrador mix. The patient presented with a history of syncope and seizure like activity. Physical examination revealed weak femoral pulses with bilateral grade IV/VI basilar systolic murmur, which were better auscultated on the left than on the right side.

Radiography - R lateral and DV radiograph of the thorax.

CT report thorax - The thymus is large, consistent with the given age of the patient. There is evidence of right atrial enlargement, right ventricular hypertrophy and enlargement of the main pulmonary artery, consistent with pulmonic stenosis. There is marked narrowing and irregular contrast filling of the pulmonary artery just distal to the dilated portion. There is a type R2A malformation of the coronary arteries, with a single coronary artery leaving the aorta which then branches and the left branch appears to branch again so that 2 vessels course cranial to the pulmonary trunk at the level of the compression.

Radiology findings - Mild to moderate right-sided cardiac enlargement. The small soft tissue density in the cranial mediastinum likely represents a remnant of the thymus or an overlying skin fold.

Patients with this form of abnormality are usually at high risk for rupturing the aberrant coronary artery if a balloon dilation or graft surgery is attempted to correct the pulmonic stenosis and it is therefore not recommended. Additionally they might have a diminished coronary blood flow, which can result in the death of the patient if balloon dilation is attempted.(1)

There are no comments to display.